What is common in listening to music and investing in equities? Besides, the fact that equity investments value going up is “Music to Ears” there are many parallels. Just like you enjoy different genres of music at different points of time and at different stages of life, you build your equity portfolio with different categories of funds with varying allocation to fulfill different needs. And like most of us prefer listening to a professional vocalist / instrumentalist rather than an amateur, we would have our predominant equity allocation in equity mutual funds rather than direct stocks. Just like a listener chooses from music genres like Classical, Rock, Folk, Devotional, Jazz, Gazals etc. depending on one’s mood and broad understanding of what to expect; an investor chooses from Large Cap, Multi Cap, Mid Cap, Large & mid Cap, Value, Thematic, Sector Funds etc. based on the broad sense about where one’s savings need to be allocated. Better understanding emerges for a listener / an investor as one becomes aware of nuances of music and investment. At times the understanding may get clouded by the popular beliefs. In our interaction with investors, we observe certain common perception particularly about large cap companies. The most common beliefs that we have come across are:

Let us peep into history, to check what stories data has for us.

We analyzed the performance of Nifty indices; a) Nifty 50 and Nifty Next 50 representing top 100 companies by Market Capitalization (Large Cap cohort) and b) Nifty Midcap 150, Nifty Midcap 100 and Nifty Midcap 50 indices represent the mid cap companies (Mid cap Cohort). We observed from the historical performance of these indices since April 1, 2005 till Dec. 31, 2019 (Maximum common period data) that there are intermittent periods when one cohort scores over the another. The perception that the mid-caps outperform the large caps appears to be due to selective bias.

In hindsight of course, Dec. 2017 was the period when one should have sold mid cap indices (funds) and moved that money to large cap, and that too in Nifty 50 Index. This is theoretical, ‘rear-view mirror’ wisdom. Often correct timing is by chance and timing the market is futile. The circled areas indicate periods when Large cap outperformed the mid-caps, the following table has data for those periods. The period of underperformance was prolonged and more painful for mid-caps before their subsequent sharp outperformance form Oct 2014 to Dec 2017.

In point to point analysis, the outcome depends on which time period you are focusing on. Better way therefore, is to consider data on a rolling basis for a long period so that the analysis provides useful insights on the questions that investors often have: why allocate to large caps, what are the chances of negative return on the equity investments, how long is the “long term investment horizon” and so on.

Assuming that investor invests at regular monthly interval over a long period of ~14+ years from April 1, 2005 to Dec.31, 2019 for different holding periods of 1, 3, 5 and 10 years, some of the investments might have generated negative returns and some might have generated positive returns. The table below indicates the occurrences of negative returns for 1 year, 3 years, 5 years and 10 years holding period from April1, 2005 till Dec.31, 2019.

For 1 year holding period, the occurrences of at-least 8% return were higher in Large cap indices. As the horizon increased both the equity cohorts showed much higher probability of >8% returns barring Nifty Mid Cap 50 Index.

To sum up, the risk is seen to be lower in the large caps, and as the investment horizon increased the risk of negative returns reduced and the chances of generating at least 8% CAGR returns improved substantially.

2. Large cap companies are well researched, may not be multi-baggers

To check on the validity of this popular belief, we looked at the S&P BSE Sensex constituents’ Market capitalization as of Nov. 2019 vs the market capitalization as of March 31st, 2005, 2009, 2014. Investments made in S&P BSE Sensex companies, on March 31st 2009 turned most rewarding as more than 40% of the companies generated multi fold returns given the very attractive valuation during the global financial crisis led meltdown.

The following table lists the multi-baggers among the investments made on March 31st, 2005 and 2014 in S&P BSE Sensex companies reinforcing the fact that big can grow bigger.

3. Why invest in a fund, rather just buy and hold the blue-chips?

That’s the question you may have looking at the data above. The above data has a survivor bias, i.e. the data considers the companies which continued to be part of S& P BSE Sensex till today. There were many who got dropped and not part of the index now. The value destruction by these companies makes us realize the importance of avoiding mistakes in investment decisions and therefore importance of investment process.

Some interesting observations deserve a mention here. BHEL for e.g. came in BSE Sensex in FY 1997, grew 16 times in the next 13 years (24% CAGR) but post 2010 it lost 84% of that and became a mid-cap company.  On the contrary, JP Associates entered the index after multiplying 6.6 times in just 3 years (88% CAGR) but lost 26% in the next three years before it was dropped. So, in addition to avoiding potential mistakes the investment process should also spot the buying and selling opportunities particularly as the businesses go through cycles.

From the data presentation above, one would realize that large caps can be multi-baggers, the investment process should not only lead to spot these but also avoid the potential value destroyers at an early stage. Process brings clarity and direction to the team and helps in supporting diverse investment styles by backing up the convictions through the volatile times. For e.g. At UTIAMC, our investment process emphasizes on consistency of operating cash flow generation and the average return on capital employed over the past 5 years and the likely movement in these parameters in the near future. We were able to avoid the value destroyers which got flagged out at an early stage, using our framework

To conclude, there is a merit in allocating to large cap funds. Most large cap companies have resilient business models, leading market position, scale benefits and strong financials. They typically survive multiple business cycles before they enter indices. The above analysis gives insights on why large cap/ multi cap funds should be considered as part of the core equity investments and mid cap/ other different market capitalization/ theme mandated funds should be considered as the satellite portion of equity investment. The proportion of core and satellite allocation would depend on each investor’s willingness and ability to bear the risk. 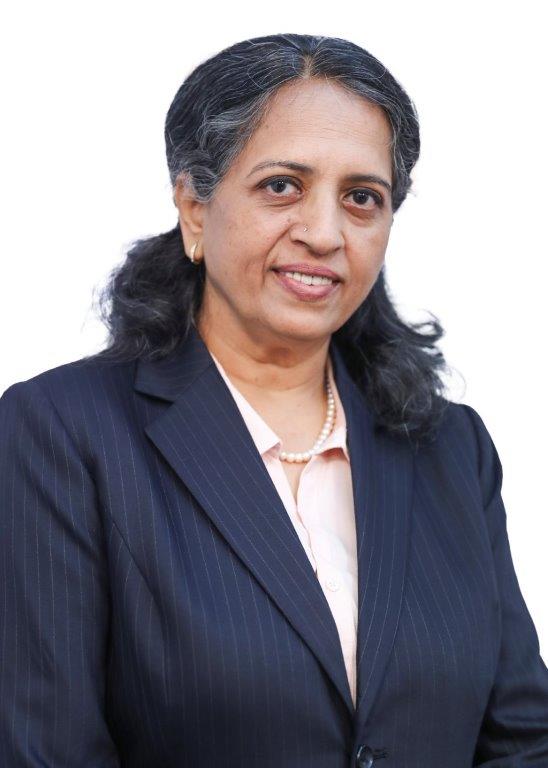 Swati Kulkarni
Ms. Swati Kulkarni is Executive Vice President and Fund Manager – Equity at UTI AMC Ltd. After her graduation in Commerce, she went on to earn her Masters in Financial Management from Narsee Monjee Institute of Management Studies from University of Mumbai, where she also distinguished herself as a rank holder. Ms. Swati holds CFA charter conferred by CFA Institute, USA. She is also a Certified Associate of Indian Institute of Bankers (CAIIB - UTI). Swati has professional experience of 27 years of which for the last 26 years she has been with UTI AMC. She has been designated as Fund Manager since 2004. Earlier she was part of the Fund Management team involved in analyzing companies across sectors, while assisting the Fund Managers. She has handled Mutual Fund Research, Market Research, Product Reviews and Quantitative Analysis as part of the Research and Planning team at UTI. Her previous assignment with Reliance Industries Ltd was in the Financial Planning Cell. Swati was recognized among the top three India&#39;s Best Fund Managers in Equity category by Outlook Money in 2010.