Back in my school days I used to mug up reams and reams of chemical formulas, not knowing if I would ever use them in the future. In the investing world those esoteric formulas, now seem rather meaningless. However, one concept that is still stuck in my head is that of an Isotope which I likely encountered in Class IX or X. The concept of ‘elements’ is the very foundation of Chemistry. An Isotope of an element is a similar atom with same number of protons but different neutrons. In simple terms, the Isotope of an element would have chemical properties that would be quite similar owing to similar number of Protons (or Electrons). But, its mass would be different from the element due to the difference in the number of neutrons.

Now, let’s cut to the world of investing. One question that we often get in current time is “whether one should have higher exposure to large-caps as opposed to mid-caps?”. The rationale behind this is probably coming from the fact that the large-cap stocks have better ability to withstand significant volatility in the macro-environment, better access to credit, better bargaining power with suppliers, customers etc and have strong balance sheets to withstand profitability pressures. Large-caps are essentially “leaders” in their segments with high market share and extensive track record of performance. An isotope of such large-cap companies would be a company that exhibits the similar & desirable operating characteristics (chemical properties) but may have a different Market Cap (Mass).

Given that we are in the throes of the COVID-19 related disruption let’s see what the data tells us about stocks that are weathering this crisis. Have large-cap stocks fared better and how have the isotopes -let’s call them ‘large-cap isotopes’ performed? Below is the list of top 10 performers (based on price movement) in the S&P BSE 200 index in the last one year.

In the data above from the S&P BSE 200 constituents, one would find that among the 10 best performing stocks in the index nine out of ten started the year as mid-caps (some are currently classified as large-caps based on the SEBI definition of market cap, as of June 30, 2020). They are present in a variety of sectors like Gas Utilities, Agri based names (fertiliser and crop protection), Pharma and some other unique sub-sector names like Gold loan companies, Auto component players, etc. If one analyses the sub-sectors one would realise that some mid-cap companies are operating in a niche where they are competing favourably with some large-caps or are themselves leaders in the space (as highlighted below). It is this set of Mid-caps that I call ‘Large-cap Isotopes’.

These companies have showed ability to create leadership and operate with significant Moats (Moats are competitive advantages that a firm has that give it the ability to protect its market share in face of heavy competition – just like how moats protect a castle from enemy attack) in the segment they operate in.

How does the above leadership translate into return metrics and balance sheet?

Incidentally, these companies are among the better managed firms, when we analyse their balance sheets and return ratios. This provides adequate cushion to some companies in this space to weather some balance sheet stress owing to low profitability or absence of revenues (as seen during the lockdown period).

Source: Bloomberg, based on data of FY-19.

If we look at it from the lens of availability of capital, then most firms don’t need any capital, but in recent times some firms that have raised capital from the Commercial Paper (CP) market have been able to raise it at lucrative rates. Hence, some of these firms have easy access to bank funding or lines of credit from the CP market that can help them meet some working capital stress.

In conclusion, we cannot paint the entire universe with a broad brush of large-caps versus mid-caps because there are lot of mid-caps which have large-cap like desirable characteristics (Large-cap Isotopes) and are market leaders in their own sectors and niches. As long as, one monitors the stock selection and uses bottom up approach to investing one can weather these storms better whether it is in large-caps or mid-caps space. In other words, focus on the desirable chemical properties i.e. operating characteristics of the business rather than Mass i.e. Market Capitalization.

At UTI Mutual Fund, in picking mid-caps, endeavour is to find companies that have a long runway of growth and few of them may even scale up to become the large-caps of tomorrow. These businesses are exhibiting large-cap like characteristics today itself with high Return on Invested Capital (RoIC), a sound track-record of cash flow generation and led by an able management. However, today they are mid-caps possibly because the segment that they may operate in is still small and may become much larger in the future. Take the case of specialty chemicals today, possibly specialty chemicals are where maybe pharma was many years back. An industry where India has created a niche global competitiveness and as a result can drive supply chains away from other countries to India. India today represents less than 4% market share as compared to around 35% for China. We believe that Chemicals is where Make-in-India could really pan out in the near term.

Some of the key tailwinds for the sector are,

Or Building materials (excluding Paints) – this is one segment that has significant unorganized share but as the organized segment gains share from the unorganized the possibility of catch-up to the large-cap peers in the Paints segment seems imminent. Even today, many well-managed building material companies having return metrics and balance sheet strength as their large-cap peers.

Source: Company Reports, based on data of FY-20

The best approach to investing is instead of looking at top-down composition of sectors or market cap segmentation, one should look at what are the companies that one owns and as long as one owns quality large-caps or Large-cap Isotopes (Mid-caps - that are leaders and have their own Moats) as part of the core portfolio then one can face volatility knowing that as the economy recovers these good quality businesses would be much faster to recover.

Finally, I would like to thank my Chemistry teacher for the lesson in Isotopes, as it turned out to be quite valuable, even to understand the complex world of investing 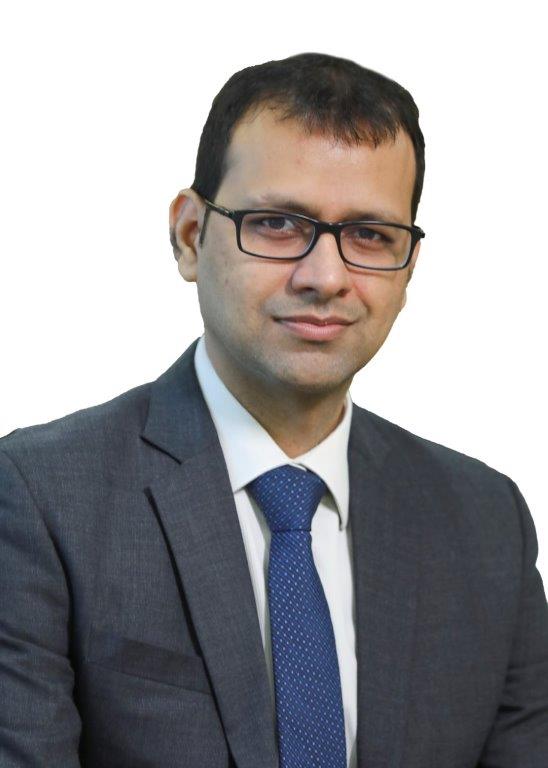 Ankit Agarwal
Ankit Agarwal joined UTI in August 2019. Presently he has been designated as Fund Manager; managing UTI Mid Cap Fund. He has more than 12 years of experience. Prior to joining UTI he was working with Lehman Brothers, Barclays Wealth and had been associated with Centrum Broking Ltd. also in the capacity of Sr. Vice President. He has done his graduation from National Institute of Technology (B.Tech.) and holds a post graduate degree in Management (PGDM) from IIM, Bangalore.