The Reserve Bank of India's monetary policy committee today (April 08, 2022) voted unanimously to keep the repo rate and reverse repo rate unchanged at 4.00% & 3.35%, respectively. The policy stance remained accommodative, but the RBI added the guidance that it will focus on withdrawal of accommodation to keep inflation within target, which can be considered a signal of normalization. The monetary policy statement or the press release contained no mention of the calibrated or gradual withdrawal of accommodation which has punctuated the RBI policy since the ebbing of the pandemic. Importantly, the RBI introduced the standing deposit facility at 3.75% (non-collateralised), which can be construed as an effective floor (as compared to 3.35% fixed reverse repo rate so far). On liquidity, the governor clarified that the process of reducing durable liquidity will start but it will be gradual & span over period of years.

As can be seen from the table below, growth forecast was downgraded to 7.2% vs. 7.8% earlier, and inflation forecasts also were revised up to 5.7% in FY23 versus the earlier projection of 4.5%. Although not explicitly stated, even the 5.7% CPI forecast has been accompanied by upside risks in the policy.

The following are the key operational measures on regulation & supervision, liquidity management & market development were announced:

Market participants have been expecting the RBI to normalize its record low policy rates since its December 2021 policy, but the RBI had stood its ground citing meaningful negative output gap & a largely transitory inflation which it expected to moderate from FY23. The Governor was quite explicit during the December 2021 policy in stating that “without losing sight of price stability, we would make growth as the overarching priority”. After getting disappointed twice, the consensus view of market participants going into today’s policy was also of a “non-event” policy with probably some acknowledgement of inflation risks & indication of change in stance. However, today’s policy has practically marked the reversal of “growth focus” of RBI with Governor re-emphasizing in the press conference that the primary policy priority has shifted to anchoring inflation with revival of growth downgraded to the secondary priority as the magnitude and persistence of the increase in inflation has become increasingly clear.

The global debate on inflation has shifted from transient or durable to demand or supply led. Some central banks like US & UK seem to have characterized inflation as a mix of demand & supply led factors requiring central bank action while central banks like BOJ & ECB prefer to interpret it as more of an exogenous supply shock & tackled better by fiscal policies like tax cuts or targeted subsidies. The RBI so far had interpreted domestic inflation as pandemic led & driven by supply constraints. DG Dr. Patra in his Feb’22 policy minutes characterized monetary policy as an instrument of stabilization to align demand with supply when inflation is driven by demand, but ineffective when inflation is the result of supply constraints unless the central bank is willing to accept significant scarring of aggregate output.

However, sometimes a prolonged supply shock if unanchored, may also turn into a source of macro instability if inflation expectations become entrenched. That seems to be the guiding principle of today’s policy where the RBI though acknowledging that the current inflationary pressure stem from supply shock will still need a strong monetary policy response.

Today’s policy seems to have marked an inflection point in RBI’s reaction function which has been accommodative since June 2019. The RBI for the first time has explicitly & emphatically recognized the need to anchor inflation. The primary comfort that the RBI had been taking, while maintaining emergency levels of accommodation post Covid, was its expectation of decline in inflation towards its 4% target by FY24, which also helped it maintain real rates in negative territory for a long time. With expected inflation now well above its target, the RBI might have to move towards a “restrictive” or a neutral to a slightly positive real rate compared to its CPI forecast in a relatively shorter period.

Market participants had been taking comfort from RBI’s gradualist approach & it was expected that the quantum & pace of normalization by the RBI will be moderate which had resulted in a steep yield curve.

However, with expectations moving from a gradualist RBI to a pro-active RBI, the yield curve has a scope to flatten from the current reasonably steep levels with majority of the brunt being taken by the 2–4-year segment as the 5 year+ segment still seems to be reasonably pricing in the policy normalization apart from being a possible beneficiary of RBI’s intention to execute Government borrowing in a non-disruptive fashion.

Given a very volatile geo-political situation, we were running duration at the lower band of the maturity spectrums across majority of our actively managed fixed income products & the pro-active RBI policy stance would play a dominant view in our portfolio view going forward (Being actively managed strategies, these can evolve & change at any point as per fund manager’s view). 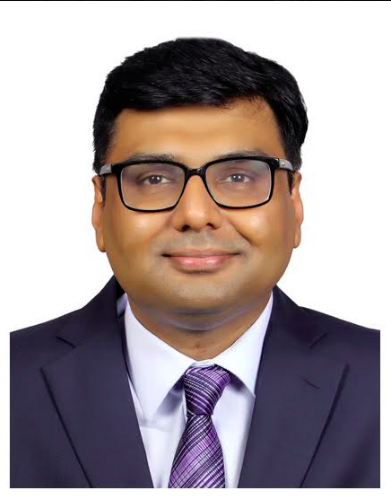