The Hour between Dog and Wolf - Risk Taking, Gut Feelings, and the Biology of Boom and Bust by John Coates

The Hour between Dog and Wolf - Risk Taking, Gut Feelings, and the Biology of Boom and Bust by John Coates.
Comments by Kaushik Basu
January 2019

In this book John Coates, senior research fellow in neuroscience and finance at the University of Cambridge and ex-trader in derivative, narrates lessons from a new field, the biology of risk. He reveals how risk taking and stress transform our body chemistry, driving us to irrational exuberance or pessimism. According to him under some circumstances, the chemical surges can overwhelm us, and when that happens to traders and investors, they tend to suffer either euphoric overconfidence or extreme timidity. Coates contends that these extremes can destabilize the financial markets and can have large impact on the wider economy. One can reasonably conclude that this overconfidence could contribute significantly to the unreasonable valuations of the stocks and resultant market bubbles. Conversely, the investors may exhibit such timidity and excessive pessimism that they choose to remain on the sidelines despite appealing valuations during severe market declines. These two effects have a destabilizing impact on asset prices and financial markets.

The author refers to the moment of Jekyll-and-Hyde transformation that traders/investors pass through when under pressure. This moment of transformation, which the French have called “the hour between dog and wolf” since the Middle Ages, results from rising levels of steroid hormones that increase both one’s self-confidence and crucially, one’s risk appetite.

According to Coates, traders and investors become cocky and irrationally risk seeker when on a winning streak but tentative and risk averse when recovering from losses. He draws an analogy from sports or other forms of competition where the winners emerge with heightened levels of steroid hormones and the losers, with reduced levels. If the winners proceed to a further round of competition, they do so with already elevated hormone and this gives them an edge that helps them to win again. As the hormone levels continue rising, self-confidence and risk taking translate into overconfidence and reckless behaviour.

Conversely, the author described the trader’s/investor’s susceptibility to learned helplessness, a condition in which they completely lose faith in their ability to control their own fates. When intensity is replaced by resignation, withdrawal, and depression, chances are the individual has succumbed to learned helplessness. Painful failure leads to a rise in the levels of cortisol, the stress hormone that lowers the appetite for risk across the entire spectrum of decisions.

The risk on and risk off behaviour of the investors can be explained in the same way.

The investment organizations can avoid the presence of large amount of extreme risk seeker by promoting biological diversity like having a mix of young men, women and older men. Older men and women are less susceptible to the steroid hormone feedback loops that helps for normal risk taking behaviour. The author has given example of legendary investors like Warren Buffett and Benjamin Graham, who achieved their eminent status as investors at a later stage in their lives and not as young men. Women, for their part, have a different biology from that of men and are less prone to the winner effect than young males.

The book strongly argues that through biology-based techniques, traders can increase their self-awareness and develop much-needed skill in interpreting and controlling their exuberance, fatigue, anxiety, and stress. Handling risk and stress is a matter of mind and body working together. 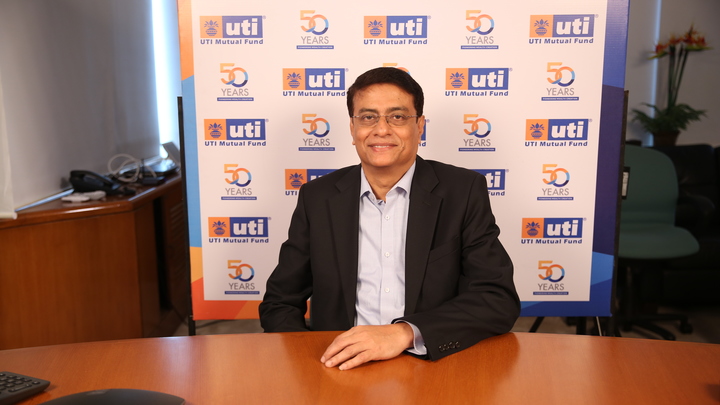 Kaushik Basu
Mr. Kausik Basu is Executive Vice President & Fund Manager – Equity at UTI AMC Ltd. He is a B.Com graduate from Kolkata (Calcutta) University and holds a graduate degree in law (LLB) from Kolkata (Calcutta) University. He has also completed CS (Int) and CAIIB – Part I. He is also a an Associate Member of The Institute of Cost Accountants of India. Kausik has an overall experience of 32 years including 18 years in the domestic Equity Capital markets. He in his earlier days has worked in the areas of Accounts and Money Market of erstwhile Unit Trust of India. He was associated with the Kolkata Regional Office from August 1984 to March 1999 and with Department of Dealing as Dealer from April 1999 to August 2005. He has worked as Assistant Fund Manager for Equity Schemes like UTI- Opportunity Funds, UTI- Wealth Builder Fund etc.